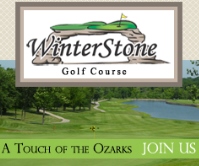 There’s still a limestone mine below WinterStone Golf Course in Independence, but there are no more rumbles under the feet of players in mid-afternoon as in years past.

Mining has moved to an adjacent site, leaving only occasional faint sounds of blasting, according to WinterStone club professional, Kane Chapman. 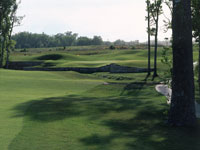 But having a golf course over an active mine was more of a novelty than anything else on a course that can hold its own to any in the Kansas City region for natural beauty, intriguing design and challenging golf.

WinterStone, opened in 2003 in northwest Independence and unfolds over rolling, wooded terrain in a country setting.  The holes on each nine ascend gradually to a crescendo, before meandering back down to the clubhouse.

“Players comment about how this course is a little different than others in the area,” Chapman said. “It reminds them of the Ozarks, with all the elevation changes.” 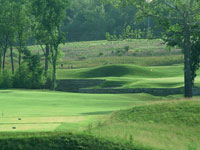 “There are not really any truly blind shots,” Chapman said. “Just about everywhere you hit from where you can reach the green, you can also see the flag. There are no big surprises.”

Creeks and a pair of lakes bring water into play on seven holes, requiring long drives off two of those holes to keep the ball dry.

The course has four sets of tees, ranging from 4,976 to 6,752 yards. The lengths can be deceiving, however, as frequent uphill shots require an extra club or two.  The course carries a 73.6 course rating from the gold tees, or back tees, and a 133 slope rating.

“The course looks like it should set up better for the better players, but we have players of all skill levels that really enjoy playing the course,” Chapman said. “The fairways have some generous landing areas, but if you miss them you could have some issues.”

Players can count on good lies on the zoysia fairways and true putting on the bent grass greens. The course is noted for its fine condition.  Additionally, there are few, if any courses, that have a more convenient practice range than the one found just a few steps from the WinterStone clubhouse.

WinterStone has competitive green fees, with twilight discounts after 11 a.m. and 3 p.m. Discounts are also offered seniors, over age 55, and to junior players. Annual fees for play with or without a cart, and reduced for juniors and seniors are also offered.  Added to all that, lessons are available from the course’s professional staff. 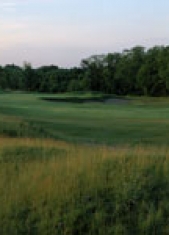 The course also has The Club card, which permits golfers to play WinterStone and five other courses for $34.99 per month plus a $20 daily fee, including cart. The other courses are Tiffany Greens, Dub’s Dread, Eagles Landing, Deer Creek and Alvamar. Tee times can be made up to four days in advance.

WinterStone is the place to turn to for corporate, charitable and other tournaments and special events. The course will provide a tournament price that includes golf, carts, scoring, rules of play, sponsor placement signs on holes, and awards ceremonies. 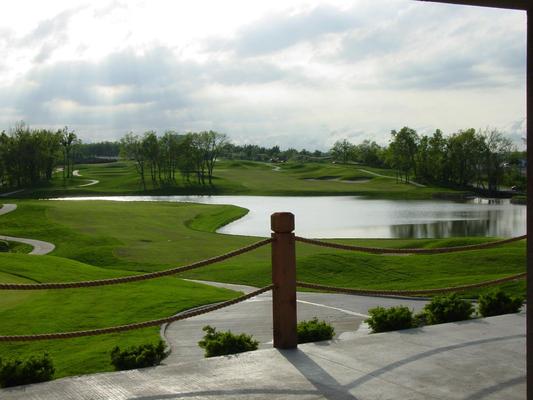 The Pavilion, a snack bar and lounge with table seating for 120 next to the clubhouse, will post digital scoring on flat screens for tournaments and host awards ceremonies and meals before or after the event.

With an elevated and picturesque view of the golf course, the Pavilion is the perfect place to spend a little “debrief time” following your round.  It can also be rented for wedding receptions and other events, with room for up to 150 people.  Surrounded by windows, The Pavilion can be used open-air or enclosed for climate control.