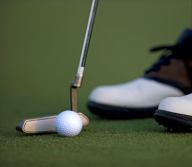 The putter is the most used club in any golfer’s bag and the art and practice of putting is a critical part of the golf game. It stands to reason, then, that a golfer’s putter is such a critical tool and one that most either love or hate (and sometimes both). Like all golf equipment, putters continue to use new technology and new materials. While a putter can only be as good as the golfer wielding it, some of the new offerings from the major manufacturers are worth a look if you have to be falling out of love with your flat stick. 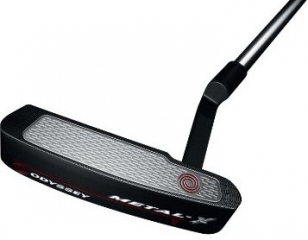 Odyssey is certainly a top manufacturer of putters if not THE top manufacturer. Their new Odyssey Metal-X series come in about a dozen different head designs and all feature a new special insert on the face that provides a crisp metallic contact with the soft feel of a urethane insert seen on a lot of their popular putters. That’s because the Metal-X insert features two layers: a urethane inner layer to provide the soft feel with a 6061 aluminum outer layer that contacts the ball. But that might be understating it a bit. That aluminum layer is riddled with oval depressions that supposedly grip the ball (they say it’s a “mechanical lock”) and its dimples to promote a smoother, more pure roll with less skidding. Less skidding means a more consistent roll, which of course, is something all golfers desire. 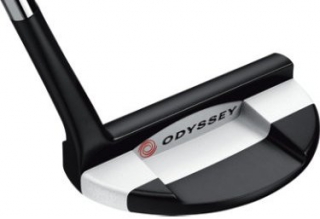 Odyssey’s other new line of putters is their Odyssey Versa. The Versa’s main attribute is its color scheme. Each of the head styles in this series feature their Visionary High Contrast Alignment, which is an impressive way to say they have bold white and black contrasting finishes. Those color schemes are designed with the head shape in mind to help golfers perceive the face angle at address and throughout the stroke to improve alignment and get the ball rolling on line. All Versa putters include their newly improved, and always popular White Hot insert.

A final option from this manufacturer is their Odyssey Tank putter. If that sounds like a heavy name for a putter, you’re right. The Tank is aptly named due to a 30 to 40 gram counterbalance weight in the shaft (weight is determined by the overall putter length) and a heavier 400 gram putter head. This additional weight throughout the club is designed to quiet the hands and engage the bigger muscles to promote a smoother stroke. Another benefit is that a putter with additional weight has a much higher Moment of Inertia (MOI), meaning it resists twisting on strikes with the toe or heel. The putter literally is like a tank, powering through the ball and providing consistent distance regardless of where the ball is struck on the putter’s face. 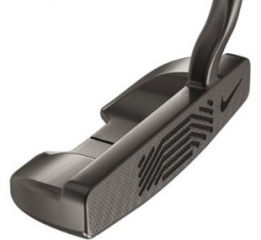 The Nike Method Midnight includes the Polymetal Groove technology on the face that has made the original Method putters so effective and popular. This technology uses urethane and a grooved face to also provide crisp contact with a soft and responsive feel. The grooves improve roll too, by imparting overspin that reduces the amount of skidding – and skidding, as noted earlier is not what a golfer wants on any putt. Tungsten heel and toe weights improve the putter’s overall forgiveness and it comes in a variety of head shapes in varying lengths. The most notable and visible feature is the dark nickel/chrome finish that just looks cool and distinctive. 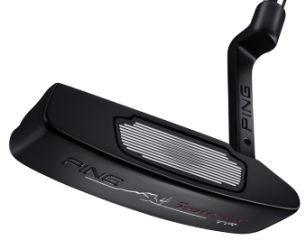 Another great putter series is the Ping Scottsdale TR. They come in twelve different head designs and the “TR” stands for “true roll.” According to Ping, true roll is what happens when a ball is struck due to the variable depth grooves found on the face of these putters. Deeper in the center and gradually shallower as they move outward, they are designed to provide better and more consistent distance on miss-hit putts. They even went so far as to test it – hitting putts on nine points across all parts of the putter face. That testing revealed a 50% increase in the consistency of the speed that balls left the putter. The insert on the face of the putter is made of lightweight aerospace grade aluminum that feels like a solid milled steel putter but distributes more weight to the heel and toe to improve MOI. 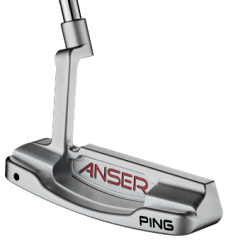 The Ping Anser series of putters have been around for at least a couple of years but are still great performing, beautiful clubs. They are completely machine milled from 303 stainless steel with a traditional and stylish satin nickel finish. The putter has some slight milling markings on the heel and toe to eliminate glare. The Anser, like other Ping putters comes in a variety of heads and styles each designed specifically for different putting strokes. Whether you putt along a strong arc, a slight arc, or putt straight back and through, there is a putter style to match. Just figure out which you are (or get a professional fitter to help) and then look for the color code that matches.

Titleist and their Scotty Cameron series of putters are popular and recognized as fantastically crafted, great performing putters. 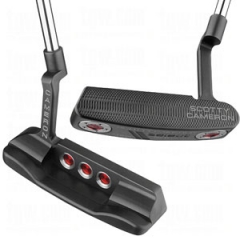 The Titleist Scotty Cameron Select series comes in five different head styles that are precision milled with a beautiful “Black Mist” finish. Scotty Cameron putters typically have come in a bright steel finish, so this new look is a welcome variation some will find appealing. The face is deep milled, meaning it has milling grooves and marks that soften the feel of the all steel face. The putter head features heel and toe weights that vary based on the head design and shaft length to provide the right amount of stability, or they can be swapped out with heavier or lighter weights to match a player’s preference.

The new Yes! i4-TECH series of putters look a lot like the Yes! putters most golfers are familiar with, but with one noticeable difference, the finish. The new antique finish is copper-colored and lends a certain elegance and richness to its appearance. 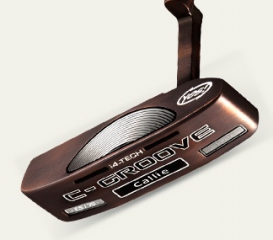 Another new feature that is less noticeable is the “through slot” that has been seen in other clubs, including drivers, fairway woods and hybrids, and now irons. In a putter, that slot and its thermoplastic polyurethane insert are designed to improve feel by dampening vibration. Of course, being a Yes! putter, it features the C-Grooves that has been found in all Yes! putters since their introduction. Those grooves are designed to impart overspin on the ball and reduce the skidding we noted throughout this article as a bad thing for putting. Run your finger along those grooves and you’ll feel that they are angled upward and a bit sharper than you would think. That design is all part of their signature style and why those putters are so effective.

Next time you are on the golf shop’s practice green, grab a few of these putters and check out their features described above. All of them have certain designs to help make you a better putter and make more putts. Whatever appeals to you, find a professional to help get the right fit and start pouring more into the center of the cup.