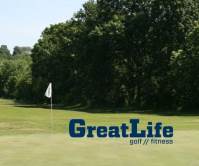 Tucked away in a cozy Grandview neighborhood, River Oaks offers a surprisingly pleasant and challenging course. Designed in 1973 by Dr. Marvin Ferguson, it was often favored by Royals and Chiefs players in the ‘70s.

As wide-open country club courses blossomed in the Kansas City area some golfers moved away from River Oaks, but it retained a group of staunch advocates, all of whom laud its challenging aspects.

“It’s the old-fashioned thing where you play the ball in the fairway like you’re supposed to,” said long-time regular Dave Schwetz about how to best approach the course. “You’ve got to shape on the front nine and you’ve got to be thinking about what will roll and what won’t. It’s not a ‘grip-and-rip’ course. Back in the day, it was setup hard. If you don’t think your way around the course you’ll be in trouble.” 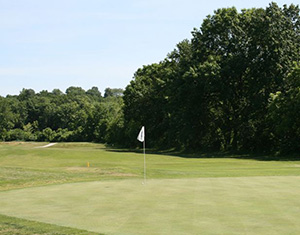 The relatively short, par-71 course plays 6380 yards from the blue tees with most of the distance on the back nine. The extraordinarily slender fairways begin right out of the gate on holes #1 and #2, pars five and four, respectively, which play a lot longer than their yardage because of the need to be especially fine off the tee. The tight play becomes even more intimidating because of how the tree lines hug the fairways, requiring even more precise shots.

“I like #2,” said Marcellus Hughes, who has played River Oaks regularly for almost a decade and also serves as a marshal. “(The course) is difficult enough. I feel like if you can play that (course) you can play anywhere.”

Par three #3 features a picturesque tee shot over a creek onto a slim green and the water also plays a factor on the long, thin par five #4.

“If you’re playing from the blues the tee shots are more difficult on #18 and #7,” Osburn said. “They are awkward angles. You have to shape your shots.”

The longer (3271 yards) par 35 back nine begins with par four #10, a sharp dogleg left, followed by one of the most enigmatic holes on the course, the par three #11.

“I think most guys are happy taking a four,” Schwetz admitted. “It’s uphill and always into the wind.” 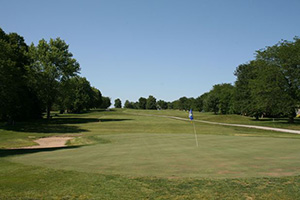 “Number 11, we get a lot of comments letting you know how difficult it is,” Osburn said. “You have to hit a long ball, 216 (yards) from the blues, uphill and often times into the wind. And then there’s a big tree in front of the green. It was even more difficult until lightning took out part of the tree.”

The course’s longest hole, par five #12 at 534 yards, is both straight and thin.

Rated the hardest on the course, par three #13 seems easy enough at 147 yards off the blues – the shortest hole on the course – but features water hazards and bunkers, along with a smallish green to give even the best shot-makers trouble.

“You have to shape a shot, then go uphill,” Schwetz explained. “You have to think a bit. If you’re smarter than the hole, you’ll do OK. After the dogleg you’ll have 150 yards uphill and if you aren’t smart about it you’ll put yourself in harm’s way.”

“One of the most challenging is #16, a long hole, really long,” Hughes said of the second-most difficult hole on the course. “Because of the length, and the difficulty, and just the way it slopes up. Getting beyond that slope is a challenge.”

The par-three #17 with its beautifully laid-out green and a long, par-five #18 round out the back nine.

“It’s a real neat, interesting course,” Schwetz said. “I average four 18-hole rounds a week and I’m never bored. It can be played different each time. There’s something on each hole that can become an issue, even if you’ve played it more than once. And the front nine is very different from the back nine; it’s almost like two different courses. What appeals to me is absolutely how hard that course can play sometimes.”
“I like the difficulty,” Hughes agreed. “As opposed to playing a wide-open course, for example. You have to hit the ball straight to avoid the woods and creeks (at River Oaks). That helps you (improve for) when you get to another course.”

The course was purchased by GreatLife Golf & Fitness after it fell into disrepair and has been improving gradually since. It is a “premier” course with family memberships available for $29.99/month. This summer, GreatLife has installed a new General Manager and superintendent, Chris Roberts, who will work to rehabilitate the less favorable parts of the facility. 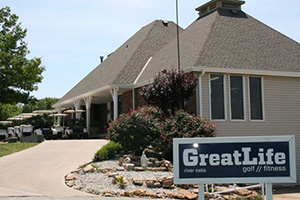 While there are some parts of the Bermuda/Zoysia fairways which have had maintenance challenges in recent years, the facility itself remains a fine destination. Reviews of the Zoysia greens and the friendliness of the staff are unanimously positive, as are the improving atmosphere of the deck, fitness center, and renovated clubhouse.

“What I’ve heard from the members was that before it was a GreatLife course it went downhill a bit,” Osburn explained. “The greens are in great shape. The tee boxes, fairways and rough are coming around. Our new superintendent brings some experience and will help continue the improvements.”

“They are probably the best greens around here,” said Larry Denton, who has played the course for seven years and also marshalls. “They’ve spent money on bridges, redid the outside and remodeled the clubhouse in the last two years. They’ve spent a lot of money here. Any course can be improved, of course, but they’re on the right track. Compared to the way they got it, it’s a piece of heaven now.”

Osburn, who has experience in sales and marketing, is spreading the word about River Oaks.

“We’re working to create more interest,” he said. “We’ll have an open house on (July) 23rd, open to non-members. With every purchase of cart fees you get free green fees and free use of the fitness center, and we’ll be grilling hamburgers and hot dogs.”

Additionally, enrollment fees, which are typically $100, will be just $25, plus a pro-rated cost for July, reducing fees to only $32 to get started immediately as a member. 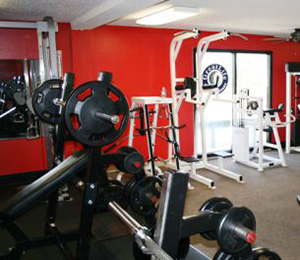 Osburn also plans to bring in additional businesses and sponsors for more tournaments by next summer. He wants to make greater use of the deck, get the tennis courts up and going again, and to add a putting green near the clubhouse.

With a family membership of just $29.99 per month, all these amenities coupled with challenging golf make River Oaks a great deal.

“I think it’s a very friendly place,” Denton said. “The first thing, they are good, down-to-earth people. I don’t know how you can beat the golf deal at that price and the people who own this want to try to make it better for everybody. If you live in this area, this is the place you want to be.”