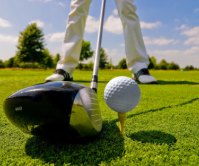 Grip it and rip it is outdated.  In this age of adjustability and drivers with more settings than your old VCR, perhaps the new terminology ought to be Set it, Grip it, and then Rip it.  Its been ten years since TaylorMade brought us the R7 with its changeable weights, and just five years since Nike debuted a driver with an adjustable hosel to change lie and face angle.

Today, it seems almost all drivers feature some degree of adjustability, although those that don’t still pack in plenty of technology and features.  What follows is a review of some of the top drivers in terms of performance and popularity. 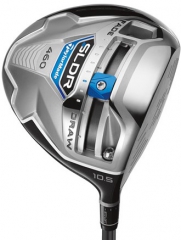 Perhaps the driver receiving the most buzz this year is the TaylorMade SLDR.  Their “Loft Up” ads and tagline are the result of the need for golfers to buy a driver with a bit more loft than they are typically used to because of the low and forward center of gravity (CG).  TaylorMade set the CG low and foward, as opposed to low and back, to promote low spin off the club face.  Low spin, for higher swing speeds and at the right loft, means more distance.  The club also features a 20-gram moveable weight mounted on a track along the sole.  Moving the weight to the toe promotes a fade while moving it to the heel will help create a draw flight.  Added to all this is the Loft-sleeve that has been featured on other TaylorMade models and allows loft and lie adjustments to one of twelve different settings. 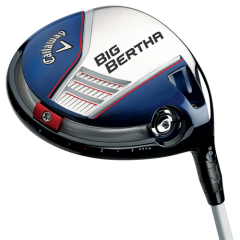 Remember the Callaway Big Bertha – the driver that revolutionized metalwoods and started the era of increasing driver head sizes?  Well, it’s back.  The 2014 version of the Big Bertha is a 460cc version that piles on new technology designed to create a longer, straighter ball flight – something almost all golfers are looking for.  The adjustable hosel can add up to two degrees of loft or reduce it by one degree.  Along the back of the club is an 8-gram weight that, like TaylorMade’s SLDR, is mounted on a track allowing the weight to be locked in one of multiple positions.  Unlike the SLDR, though, the track is along the trailing (back) edge of the sole, placing weight in a more traditional place to promote a higher ball flight.  Golfers will need to work with a fitter to get the settings just right for their particular swing speed and shot shape, but once dialed in, the Big Bertha will yield long fairway splitters. 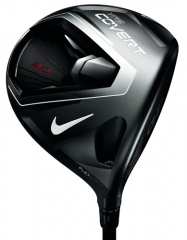 The Nike VR_S Covert 2.0 has perhaps the most unique design of all the drivers this year, representing improvements over the original Covert driver.  Like its predecessor, the 2.0 version features a cavity back design with a sizeable wedge removed from the back of the clubhead to position weight at the toe and heel and promote a straighter ball flight from a more stable head through impact.  The end result is a very forgiving club that provides a significant amount of forgiveness.  While introduced in a striking red finish, Nike recently revealed a matte black version.  The hosel allows the club to be adjusted from 8.5 degrees of loft up to 12 degrees. 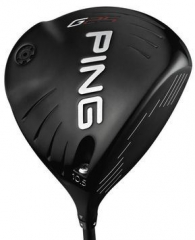 Ping has a pair of drivers worth noting as well.  The Ping G25 and i25 drivers are aimed at different types of golfers and bring a host of features to their respective designs.  The G25 is a distance driver with a matte black finish on a slightly elongated head shape.  Its a fairly high launching, mid spin driver meant to help golfers launch the ball high and straight and should be very appealing to golfers with slower swing speeds.  Its hosel allows a half degree of loft adjustability.  The i25 is a very low spin driver that provides a low piercing ball flight with plenty of distance.  For its shape and design, its a straight driver that still provides some ability to work the ball left or right, as needed.

These manufacturers have many more options available, as do numerous other clubmakers.  The new drivers of 2014 have kept improving on the technology of their predecessors, allowing anyone with the knowledge to dial up their desired ball flight.  Just remember to set it – before you grip it and then rip it.