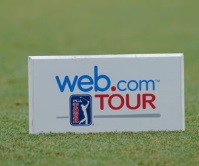 The weather was certainly hot – as was the golf last weekend during the Web.com Tour’s Digital Ally Open at the Nicklaus Golf Club at LionsGate.  The Overland Park country club again hosted the event for the PGA Tour’s “second tier” as Martin Piller, from Dallas, Texas, recorded his second win of the year with a record setting performance.

Finishing at 26-under, he shattered the previous tournament record set by James Nitties in 2011 by five shots.  His week included a very strong bogey-free final day at 6-under, finishing with two birdies on the final two holes.  He said of his round, “I didn’t have any kind of number in mind. I just wanted to play as well as I could on each shot.  I knew there were a lot of good players chasing me today. You don’t ever expect to go bogey-free in the final round.” 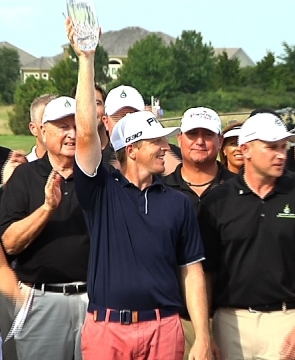 He took home $108,000 for his week’s work, bringing his season total to $308,549.  Piller, who moved from fifth to second on the Web.com Tour’s money list, has secured his spot among the top 25 meaning he’ll earn his PGA Tour card for next season.

Thousands of local golf fans turned up for the event.  Those walking the grounds witnessed fantastic golf as birdies were common on the rain-softened course and multiple scores each day were posted in the mid- to low-60s.  Those hanging out in the Par-Tee tents were treated well and many were served very well, as the fun grew while the day progressed.  Popular among those surrounding the 17th green (usually the 8th – for the tournament, each of the nines was flipped) was a betting game to see which caddie would set foot on the green first.  Some caddies embraced the moment, sprinting the distance to be the first.  More than one caddie produced some items from their golfer’s bag to toss to the crowds.

“The atmosphere reminded me a lot of the tournament in Phoenix (The Waste Management Open).  I think the side shows around the 17th made it a lot of fun and the golf at that hole was exciting,” said golf fan Steven Jackson.  “We saw a ton of birdies on a pretty tough hole.  But we also saw some golfers get eaten up by that deep front bunker.” 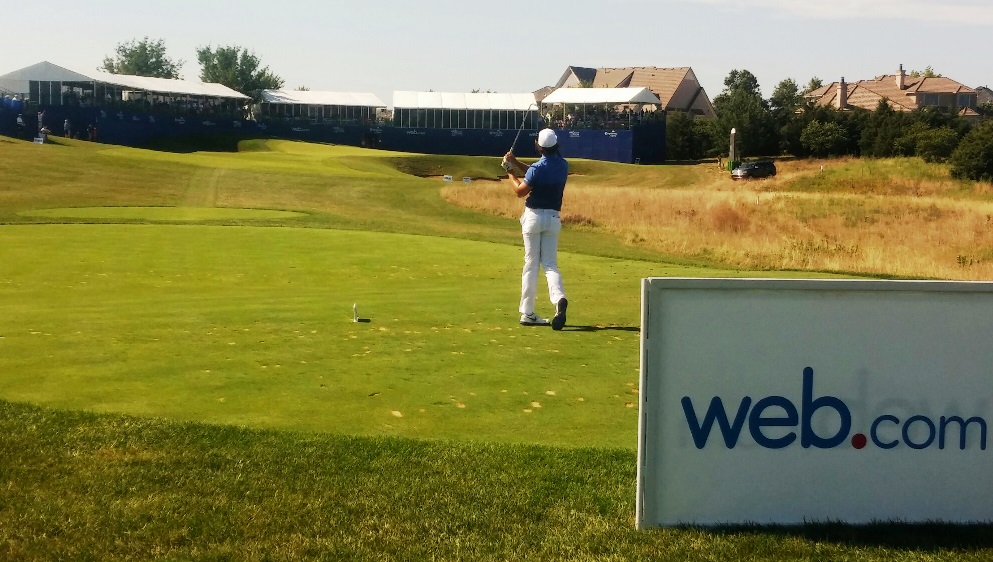 (Pictured is Jamie Lovemark, T11, teeing off at the 17th on Saturday).

Preview Article (previously published prior to the tournament):

The PGA’s Web.com tour makes its 5th stop at the Nicklaus Golf Club at LionsGate in Overland Park starting on Thursday.

Formerly known as the Midwest Classic, the tournament is now the Digital Ally Open and will be played Thursday through Sunday, Aug. 6-9. Lenexa-based Digital Ally is a manufacturer of law enforcement video cameras and surveillance equipment. It will sponsor the tournament through 2019. 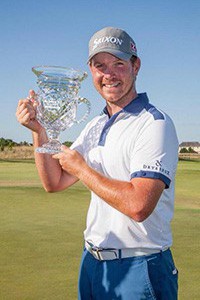 Official practice rounds begin on Tuesday, with a pro-am on Wednesday. Spectators are welcome at the pro-am. Daily passes for the tournament are available for $10 at the gate or online at DigitalAllyOpen.org. Proceeds from advance ticket sales bought online go listed charities.

The Web.com tournament at LionsGate has drawn 65,000 spectators since its inception there in 2011, according to tournament officials. It is one of 24 Web.com tournaments in 2015, with the top 50 performers getting PGA cards. Last year’s winner, Zack Sucher was among Web.com tour players to earn his card in 2014. 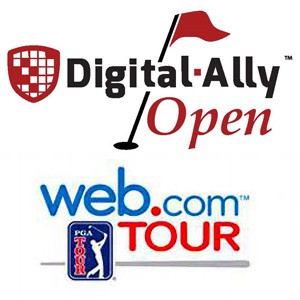 Notable players in this year’s field are expected to include Stuart Appleby, Tommy Gainey (former winner of Golf Channel’s Big Break), Todd Hamilton (former British Open champion), and Tim “Lumpy” Herron, among others. The total purse is $600,000 with the winner taking home $108,000.

The tournament depends heavily on volunteers. The non-profit Kansas City Crusaders organization is assisting the PGA Tour in organizing this tournament event. The Crusaders support local businesses and charities through promoting golf.  Through their involvement, they have helped charities raise more than $450,000 since 2011.  The average economic impact to the area exceeds $6.2 million each year.