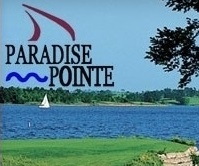 Paradise point is unique in Kansas City for having two 18-hole golf courses, plus a four-hole practice course.  The two courses are built along Smithville Lake, offering not only sweeping views of the lake but several holes where water lines fairways or surrounds greens.

Just as the courses are memorable, so is the pro shop. Paradise Pointe prides itself on having the largest and most varied selection of fitted clubs and other golf equipment in Kansas City. 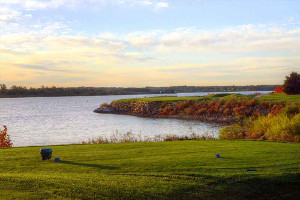 Paradise Pointe is also set up to host large golf events, with a 4,000-square-foot banquet room for post-golf activities as well as wedding receptions, reunions, large parties or public presentations.

The person at the controls at Paradise Point is Eddie Hall, general manager and director of golf. He has for many years held the contract with property owner Clay County top operate Paradise Pointe. 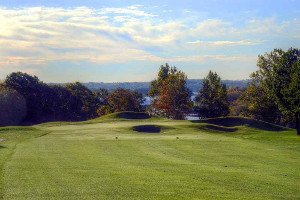 Hall has a simple way to measure whether Paradise Pointe has a winning model: people come back.
“We get a lot of repeat business because the course is in very good condition and we take care of our customer when they come in,” Hall said. “They have a good all-around golf experience.” 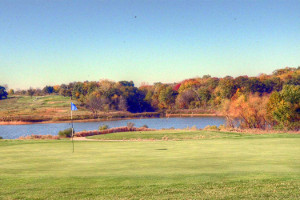 Both courses have rolling, wooded terrain. The Posse is more compact while the Outlaw is links-style, with a front nine that does not return to the clubhouse. Each course is a par 72. They are both about 6,500 yards from the back tees and there are four tee boxes. Both courses are walkable.
While the Outlaw has slightly higher course and slope ratings, Hall says scoring is roughly the same on each course.

“To me, there is more shot-making required on the Posse because of the undulating fairways that are more narrow,” Hall said. “The Outlaw has wider fairways. You can still get into trouble but not as much as the target golf of the Posse.”

The signature holes are those along the water. Especially memorable is the 4th on the Posse, where the fairway borders the lake on the left and the green is on a peninsula. The next hole, a par 3, requires a tee shot over water. 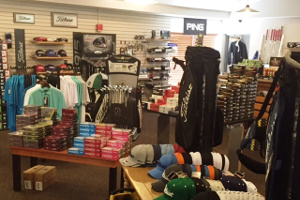 The Outlaw has zoysia grass, the Posse bluegrass. The dry summer has taken a toll on area golf courses but Paradise Pointe benefits from drawing its water out of Smithville Lake, Hall said.

The woods and water that surround Paradise Pointe make it popular with wildlife. Golfers commonly see deer, wild turkey, bobcats and variety of birds on the course, Hall said. 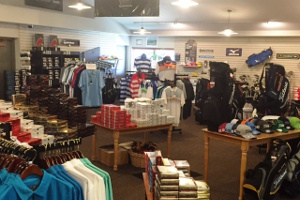 Paradise Pointe, about 20 minutes north of downtown Kansas City, not only draws players from the metro area but from other states, especially ones to the north such as Nebraska, Iowa and Minnesota, Hall said.

Golfers like being able to play two courses at the same location, especially if they come in from out of state, Hall said. The four-hole Academy course for practice has proved popular, Hall said. It has two par 5s, a par 3 and a par 4. Golfers can practice a variety of shots long and short. It’s popular with beginners and experienced players, Hall said.

With its banquet room and dual courses, Paradise Point pulls in more than 100 tournaments per year, Hall said. Charitable or corporate outings for groups of 16 to 144 players or more can be accommodated. 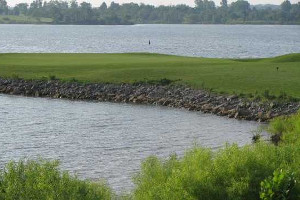 In the clubhouse, Paradise Pointe continues to have a wide range of golf clubs and other equipment at a time when many other courses have given way to big box stores by trimming their inventory.

“We are not cutting back and we are very competitive on price and selection,” Hall said. The club has periodic sales, including a customer appreciation sale in October.

Hall fits clubs using the latest technology to find the best length, shaft stiffness and loft for particular players. He observes players hitting on the range to do the fitting. 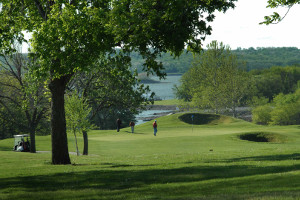 “The best thing about our clubs and the reason people keep coming back is they do not hit into a net during the fitting,” Hall said. Customers and Hall can observe the shape, trajectory and length of various clubs in a way not possible when hitting into a net, he said.
“A lot more people today understand the need to get fitted for clubs rather than to get something off the rack,” Hall said.
Hall said there is a continuing trend in what players want most out their clubs.
“People are still chasing that distance,” he said. “They always have and they always will.”