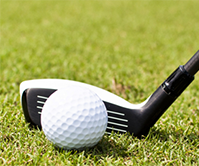 Utility Clubs.  That’s what “hybrids” were once dubbed, in their infancy, when they seemed like more of a novelty than required equipment. The most memorable of the early versions was Cobra’s perfectly named “Baffler,” both for its looks and its wide range of uses.

Was it a wood or an iron? Could you really hit it out of the rough?

The answer to both was a resounding yes. Utility clubs could be used out of seemingly any length of grass, as a wood or as an iron. Heck, you could putt with one if you so desired.
These clubs are no longer known as “utility clubs” but as hybrids, and they are no longer novelties, but must-haves in the bag, regardless of handicap.

No brand, it seems, is passing on the trend to expand their lines of clubs to include at least one featured hybrid, if not more. Callaway leads the pack with three models while Cobra, Ping, and TaylorMade (all featured here) are among the dozens of hybrid manufacturers. 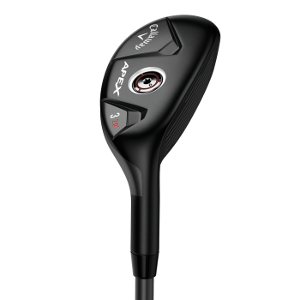 Callaway Apex
The first, alphabetically, of three Callaway hybrids, is the Apex. It is the most iron-like of the bunch – and that’s exactly what Callaway was going for. It looks like an iron, and it performs like one, adding a bit of distance and height to the ball flight, thanks to its Forged Face Cup, which aims for a faster response on contact – a pop off the face.

This hybrid is one of the few on the market that is tailored specifically to the lower-handicappers and pros. It boasts a center of gravity very similar to an iron, which results in the workability of one as well. Contrary to a number of hybrids, a controlled ball flight – as opposed to forgiveness and distance – was the focus of the Apex. If an iron-like, workable hybrid is on your wish-list, the Apex is the one for you. 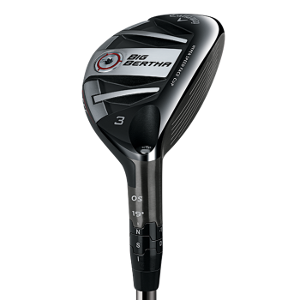 Callaway Big Bertha OS
Yes, Big Berthas come in smaller packages than the flagship driver…like the OS hybrid. The Big Bertha OS hybrid seems targeted to the exact opposite market of the Apex. Where the Apex is smaller, with a more iron-like feel, the OS looks and acts like a 5-wood. It has a massive face that wraps around the sole of the club, making for a forgiving surface, though with that forgiveness comes a higher price tag – $250 as compared to the Apex’s $210.

Distance, as it always has been, is one of the primary focuses of Big Bertha. The OS features what Callaway is dubbing a “next-generation” Hyper Speed Face Cup, which translates to higher ball speeds and a little extra pop off impact.

The overall forgiveness of the club, too, generally caters to added distance, as with a bigger club face comes an increased percentage of hitting the club flush. If the Apex seemed too focused for the low-handicappers, the Big Bertha OS may be the stick to add to the bag. 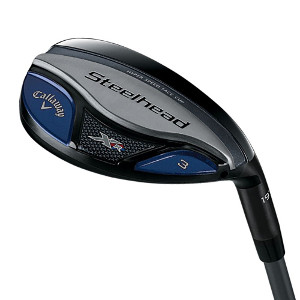 Callaway Steelhead XR
It’s almost as if Callaway had the classic tale of Goldilocks and the Three Bears in mind when designing the line of 2017 hybrids. One is catered for crisp shots and feel, with the caveat that it is tougher to hit and has a more iron-like look; another is massive, forgiving, and made for distance; while the last, the Steelhead XR, is right smack in the middle.

Like the Big Bertha, it is big and massively forgiving, though unlike the Bertha, it has a pear-like shape to it, making it look less like a wood and more like a traditional utility. It has a low leading edge, which makes it easy to navigate through the rough, should you find yourself in it, but the head is also deeper, which produces a higher ball flight and a more forgiving face. Simply put: No matter the terrain, the Steelhead XR will find a way to make good contact. 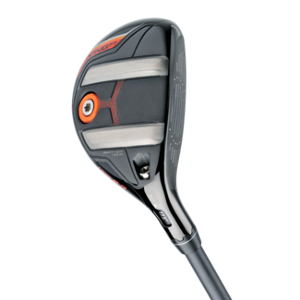 Cobra King F7
Cobra was originally known for its fantastically named utility, the Baffler. The Baffler ushered in the era of hybrids and utility clubs, and Cobra has only improved its products since, with the latest in excellent hybrids being the King F7.

Here’s how: Cobra went back in time and used the best elements of the Baffler, and upgraded them into what we see in the King F7. On the sole of the club are the traditional silver baffler rails, orange weight, and orange accenting. The point of the rails was the original use for hybrids: to be able to navigate thick turf and catch flush contact on a longer shot. The King F7 does exactly that. It may be the easiest hybrid to hit out of the rough, as it is the most effective at fighting through thicker grass.

The appearance is fairly basic: black, matte face, with a black, glossy head. No frills. Just a club, some grass to get through, and a ball to hit on the green. 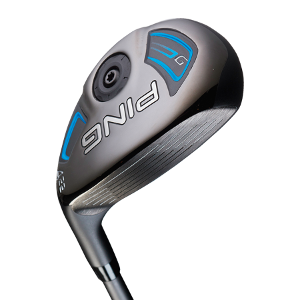 Ping G
Lighter seems to be the theme with the Ping G. The head is made from Carpenter 455 Steel that is both stronger and thinner, which cut off 8 grams of weight on the face from the prior model, the G30. The lighter face moved the center of gravity towards the back, which makes the club overall more forgiving to hit, which is, at the end of the day, the goal for the vast majority of hybrids on the market.

Like the Big Bertha and the Steelhead XR, it’s a bigger club, more 5-wood like than iron, so it’s appeal will reside mostly with mid- to high-handicappers, though low handicaps can certainly use a little forgiveness as well.

Like a good number of Ping products, the G hybrid was designed ultimately for forgiveness and consistent ball flight – even on misses, don’t expect the G to allow a ball to stray too far off the desired path. Where it might lag in distance, it atones for in consistency. 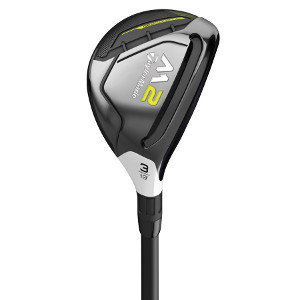 TaylorMade M2
Given that this is a piece of TaylorMade equipment, one thing should be patently clear: This club’s goal is distance first, everything else second. As such, the M2 has a draw bias, so if a little movement on the ball flight is what you seek, the M2 is a good place to start.

In promoting distance, the clubhead is made of exclusively steel, and is more of a miniature wood than glorified iron. Because of that size, it may appear to some to be a tad bulky, but that’s also a product of the taller face, which produces forgiveness, which, you guessed it, improves distance – the more flush hits a player has, the more distance they’ll have.

On the bottom of the club is what TaylorMade is calling a Speed Pocket, which has a similar effect to the Cobra King 7 rails, which make it easier to maintain club speed through thicker rough. 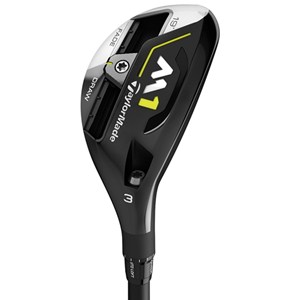 TaylorMade M1
Like with other manufacturers with more than one offering in the hybrid market, TaylorMade has an option with maximum forgiveness and one with more playability better golfers. The latter for TaylorMade is the M1.

It also features the Speed Pocket behind the face, but looks far sleeker and more iron-like at address. It is also adjustable, allowing for changes of 1/- 1.5 degrees across its twelve different settings. Add to that a moveable weight along a track and you have a very customizable tool in your hands, allowing you to adjust loft and draw/fade bias with a few quick adjustments.