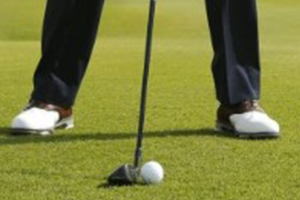 Noted golf course architect William Flynn turned out to be something of a clairvoyant. In 1927, he predicted the need for longer golf courses, a result of rapidly advancing equipment technology – even as early as the mid-1920s.

And indeed courses have become behemoths, especially by the standards of Mr. Flynn’s era. The idea of an 8,000-yard track is no longer a ludicrous notion, but a matter of reality (there are at least seven such courses in the US and a few more internationally). This means that the need for fairway woods and hybrids, and the combination of distance and control they offer, is more prevalent than ever. With the boom (pun intended) of distance improvements in drivers, that same technology is now being offered in fairway woods and hybrids. When looking for such a club, be careful to purchase one that covers distance gaps rather than just going for sheer distance. Otherwise, you might end up with a handful of clubs that all fly about the same distance as your driver. 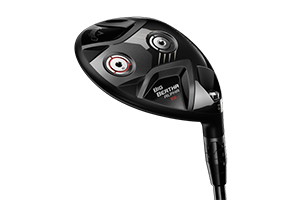 Callaway Big Bertha Alpha 816
This club was not designed for the players with mid- to high-handicaps, as evidenced by its $300 price tag. Callaway doesn’t argue otherwise, either, even stating so on its website. The cup face technology is engineered to take high ball speeds and generate even more, allowing for longer distances. The shape of the face, too, has an impact, as it has a wraparound effect, creating for more forgiveness on off-center shots.
The club boasts a pair of adjustable features as well, including two sole weights in which the player can toy with the ball flight he desires – a higher flight will have him place the heavier weight in the back, a lower flight will require the heavier weight towards the front. The other feature is an adjustable hosel with eight settings, allowing for the player to adjust for desired loft and lie angle. 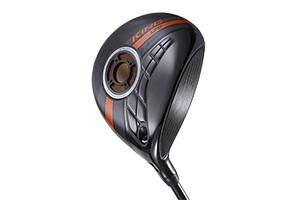 Cobra King LTD
“Become the King of the fairway,” is the slogan behind this club. It’s likely that the player can, too. Cobra has always been known for producing more forgiving clubs, but the LTD fairway wood is especially so, with a low center of gravity that provides forgiveness on shots both on- and off-center. There are, of course, adjustable loft settings, called 3-4 and 4-5, the former producing a longer, lower ball flight, the latter a higher, shorter ball flight.

But what’s unique about the Cobra King LTD is that it does not sacrifice distance for forgiveness. The crown is comprised of what is called TeXtreme Carbon Fiber, which is 20 percent lighter than standard carbon fiber. This allows for more weight to be repositioned lower and deeper in the head, creating both additional forgiveness and distance. 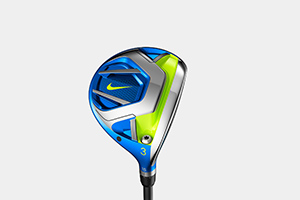 Nike Vapor Fly
It’s an aptly named product, as one does not usually associate a tremendous amount of weight with either the word “vapor” or “fly.” And, indeed, this is one of the lightest fairway woods on the market, with weight removed from the face and crown and distributed to the sole of the club to produce more forgiveness and a lower center of gravity. Credit some of that forgiveness, too, to a wider edge around the club face.
The overall look, however, remains Nike to the core – a bit obnoxious in its electric blue, and an in-your-face swoosh on the club head, complete with a honeycomb design. It’s attention grabbing, to be sure, particularly so because it’s the wood of choice of Rory McIlroy, though likely not for everyone. 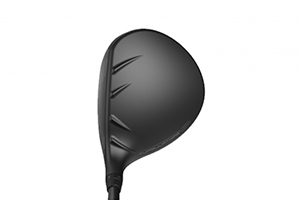 Ping G
Ping’s trademark has been that its products are easier to hit than other brands, and Ping has outdone itself with the Ping G fairway woods. They were specifically designed to be hit in “all situations,” per its website. How did they accomplish this? It lowered the leading edge by 3.6 mm, moving the impact position 12 percent higher on the face of the club. Simply put: It’s easier to get the ball in the air, no matter the lie. A drawback to this is that the center of gravity is lower, which will produce a higher ball flight, though a more consistent one as well. Adding onto that, the G also features the thinnest crown of any Ping fairway wood, another forgiveness-inducing feature. 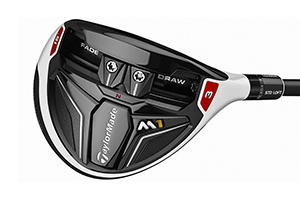 TaylorMade M1
TaylorMade has designed its most adjustable club yet, to the point that, yes, there’s even a “tuning manual.” Golfers can customize their shot shape and loft with a pair of sliding weights, and there are also adjustable features on the crown, front track system, and 12 possible positions on the loft sleeve. It’s a complicated way of saying that if there’s a particular ball flight you desire, you can have it with the M1. You just have to make a few adjustments.
Like the M1 driver, the fairway woods use a lighter material, redistributing that weight to the sole of the club, which adds forgiveness and reduces spin off impact. 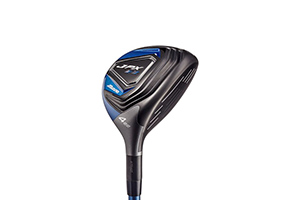 Mizuno JPX EZ
As hybrids go, this one is especially unique, resembling more a 3-wood than a traditional hybrid. It’s longer from heel to toe and deeper from back to front, which will help create more ball speed and a more forgiving surface – even more forgiving than the typical hybrid.
The larger head will also create a higher launch angle, up by 2.2 degrees, and a subsequently softer landing. With all that in mind, it may initially appear as a club catered to the higher handicap crowd, though Luke Donald has slipped it in his bag on numerous occasions this season. Even the pros can use a little extra forgiveness. 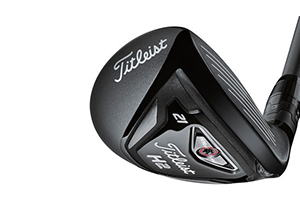 Titleist 816H1/H2
No matter your preference of loft when it comes to your hybrid, the Titleist 816H1/H2 will have it. Between the bigger, more forgiving H1 and the more compact H2, there are nine loft settings to choose from when selecting this hybrid, ranging between 19-27 degrees.
The Active Recoil Channel (a channel across the sole of the club just behind the face) flexes at impact to create high ball speed and a low spin rate, allowing the ball to fly farther even on off-center hits. Like the Mizuno JPX EZ, the H1’s larger appearance will inspire confidence in players simply seeking solid contact, or forgiveness needed to keep the ball in play. 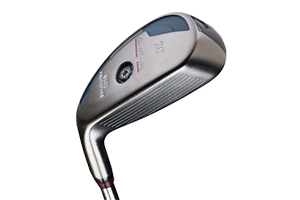 Ben Hogan VKTR
Whereas many hybrids are concerned about forgiveness, giving golfers confidence in a longer shot they otherwise wouldn’t if they were handling, say, a 3-iron, the Ben Hogan VKTR is all about precision. There are four movable weights to adjust to change the ball flight, including direction, loft and spin. It can be argued that no hybrid is more focused on shot shaping and precision, which of course fits its namesake, who was known primarily for his remarkable accuracy with his irons. Like Hogan irons and wedges, the hybrids are offered in one degree increments, from 17-27.