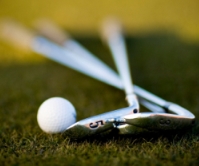 Irons designated as “game improvement” are designed for better ball flight and distance. They are engineered towards the majority of middle handicap golfers, as well as higher handicappers aspiring to play better and have a more versatile club in their hands, as well as lower handicap players who feel they may want more forgiveness.

Testers report that if you hit the ball in the wrong spot on the face, you’ll still feel it, but a game improvement iron will help keep the ball in a tight dispersal pattern without sacrificing too much distance.

Game improvement irons might be considered a “mellower” version of a players iron. You won’t be hitting Bubba-like bends around trees, but you can still create some shot shape if you need it.

A sampling of 2016’s game improvement irons include: 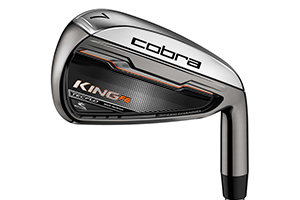 Cobra King F6 irons offer high-launch to get you over obstacles and play very solid from the rough.

They’re very accurate and give you a little sidespin without going overboard. Mid-irons and hybrids fly where you aim and land soft, even on mis-hits. 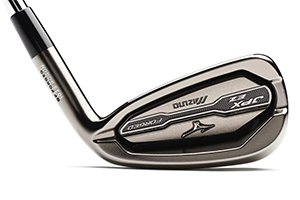 Testers reported they loved the sole on these irons saying they cut clean divots and help get you out of trouble from the rough.

They’ll give you high launch, great forgiveness, excellent control from any yardage, and very dialed-in chips and pitches. 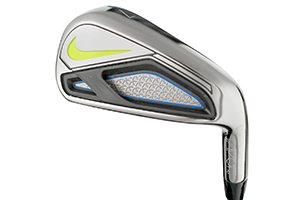 You’ll need a quality swing and good distance to make this club work, but the Vapor Fly Pro’s excellent versatility and precision accuracy make it a solid choice for golfers trying to move out of the 80s and into the 70s.

Designed for maximum forgiveness, Max Game Improvement irons are designed to help beginners, high handicappers and slower swinging golfers to get the ball in the air easier and keep it straight. They offer a larger head which means a much larger sweet spot, and typically have a broader sole and more perimeter weighting, both of which make the clubs easier to hit. The drawback of some of those features is that they can get hung up more in the rough, and its tough to hit a bending shot around a tree or to avoid other trouble.

Some Max Game Improvement irons to consider include: 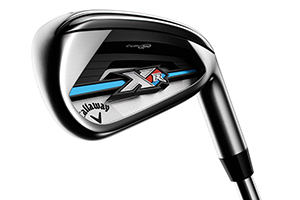 Callaway XR OS irons feature wide soles to improve contact from a wide variety of lies. The OS stands for “oversize” so it comes as no surprise that the overall head shape is larger and easier to hit.

Testers found the XR OS irons made it easy to get the ball airborne and gave a naturally high trajectory. Ball flight was very straight but better players might be able to shape a few shots with them.

The irons are nicely balanced with excellent accuracy, transforming bad swings into acceptable shots. They play very well from the rough. 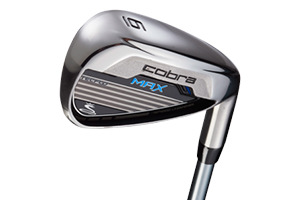 Cobra Max irons are also designed for higher handicap golfers. They offer great forgiveness in the longer irons and a special wedge design to help golfers in the scoring areas closest to the hole.

Cobra Max irons optimize spin and launch with Cobra’s Progressive Spin Technology. The 4 to 6 irons reduce spin with V-grooves for distance. U-grooves in the 7 to pitching wedge increase spin to help stop the ball on the putting surface.

These irons launch the ball high and are very forgiving on mis-hits. Their distance control is reliable and they have enough oomph to give you the yards you need to get to the green.

Testers report the irons are stable and give you plenty of thump through the ball. A good, solid click at impact delivers enough feedback to let you know how well you hit the ball.

A solid choice for golfers that need a little extra help. 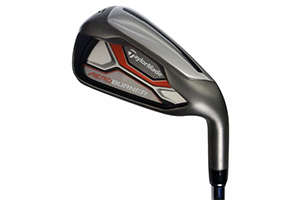 TaylorMade AeroBurner irons are designed with a special “Speed Pocket” that’s cut into the sole to promote higher launch and more speed on low-impact shots.

AeroBurners have a wide sole that cuts easily through turf and helps launch the ball on heavy contact.

These clubs are very accurate when struck solidly, but can help a little with directional misses as well. They can also give mis-hits enough distance to get you close.

If you strike it pure, you’ll get that “crushed it” feel. The irons have plenty of head weight to maintain stability through the swing and deliver a consistent and tolerable feel on small mis-hits.

The Better Player Iron category is really two sub-categories: 1) “Blade” irons that are very traditional in appearance and performance, sacrificing forgiveness to enhance workability and precision; 2) Irons that have some forgiveness features like a cavity back, but come in a smaller profile that allows them to perform well in thick rough and still provide some degree of workability. Often, pros will have a combo set, going with blades in their short and middle irons before switching to cavity-backed long irons.

A few Better Player irons for your consideration include:

Callaway Apex Pro irons are designed with a higher center of gravity (CG) in the short irons to boost control and a lower CG in the long irons to help get your shots in the air and land softly.

These irons will help you hit draws, fades, knockdowns … whatever shot you need to get it close to the pin. The thin sole picks balls cleanly off tight lies and powers through nasty rough. If you hit the long irons right, you’ll be rewarded with a very true ball flight.

The short irons are almost surgically precise, but there’s enough forgiveness to help your mis-hits reach the fringe rather than land in the bunker. 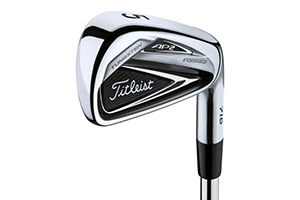 Titleist 716 AP2 irons are great tools for good golfers who really like to shape shots.

They offer a medium to high flight, but provide the precision needed to control the trajectory to fit any golfing situation. The updated sole slides through turf with ease.

For good swingers this club is like a laser-guided missile launcher. But testers found the irons surprisingly forgiving in direction and distance even with the pin-point accuracy they’ll give you.

If you want to improve the precision of your iron shots, the Titleist 716 AP2’s are worth a look. 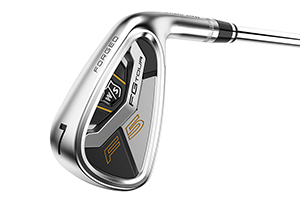 Wilson Staff FG Tour F5 irons are another better players iron that Testers report are very easy to hit. The “Speed Sole” slides through the ground without catching or digging even from nasty, uneven lies.

Shots will fly high and straight, but golfers still have the ability to hit gentle fades and draws into tucked pins. Center hits will be deadly accurate, while misses won’t send you to the bar cart.

The head and shaft work together for easy tracking throughout the swing and better timing. The shorter irons offer better control on chips and pitches.

If you think you’re ready to transition toward a player’s iron, the Wilson Staff FG Tour F5 might be the set for you. 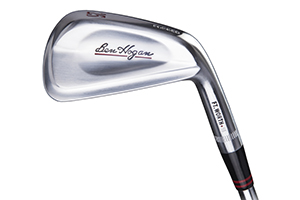 Ben Hogan’s Ft. Worth Irons are definitely worth a look as the company has incorporated several innovative ideas into their design. The Hogan company’s goal with the Ft. Worth Irons is to achieve the perfect “… combination of feel, consistency, accuracy and forgiveness …”.

One tester was quoted in a recent online review saying they’re capable of producing any shot he could imagine, but also “… provide plenty of support for days when I bring my “C” game.”

An interesting innovation in these irons is the Hogan PreciseLoft System. The lofts are stamped on the irons instead of numbers. They’re made in lofts from 20° to 47° and the wedges go from 48° to 63°. The Hogan PreciseLoft System is an attempt by the company to get away from the trend of maximizing distance and move golfers toward hitting lofts that produce consistent and accurate distance gaps.

Testers reported the irons enter the turf easily with a great feel of compression and explode out of the dirt quickly after impact. Because of their low-bounce sole, the leading edge sits close to the ground, so you can hit them out of really tight lies.