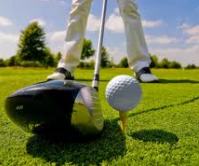 When did golf become so darn… techy?

Sure, golf has always feigned the appearance of a sophisticated, erudite game, but check out the diction being used by some of golf’s most trusted names: “titanium Exo-Cage,” “ultralight triaxial carbon crown,” “acoustic engineering,” “turbulators,” “Vortect technology.”
The list goes on, all the way to biomimicry and “geocoustics.”

Most in your Sunday morning crew didn’t study astrophysics in college, so after parsing through that mumbo jumbo technological jargon, here’s what you need to know: The innovations Callaway, Titleist, Srixon, Ping, and Taylormade, among others, are introducing to golf technology are working immensely in your favor.

This can be attributed to a wide variety of factors – balls, player improvement, course maintenance, weather – but club technology is inarguably chief among them. So whether you’re a layman or one of the aerospace experts working with Callaway, all you really need to know is this: It’s easier to make a little white ball go a long, long way. 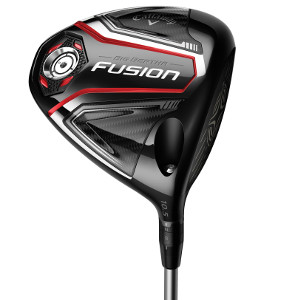 Perhaps the most reliable name in golf when it comes to the big stick, Callaway’s Big Bertha, is back and easier to hit than ever. How this is done is actually fairly rudimentary. Callaway simply restructured where the weight of the club would lie, moving the heavier materials to the perimeter of the club and the lighter aspects to the face.

What this allows is a driver that still maintains force – or that signature “pop” off impact – while being maneuverable along the face of the club, making for a bigger hitting window for the user. Essentially, it’s a mid- to high-handicapper’s dream, as the Big Bertha has always touted itself to be. What’s different is that the crown is made of a material – Callaway calls it a “titanium Exo-Cage and ultralight triaxial carbon crown” – that is 65 percent lighter than standard titanium, portending higher swing speeds yet also increased forgiveness.

The shape and look of the club is a bit wonky, far from the typical half-moon you would find on most drivers. It’s sharper, more of an egg-like look. Callaway claims this increases aerodynamics and a more efficient and faster movement through the swing. 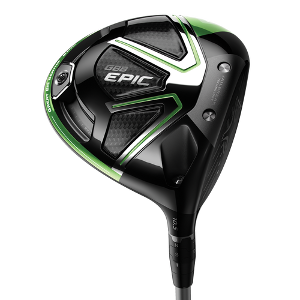 The Epic features what Callaway calls “Jailbreak technology.” There is a fair amount of scientific jargon in terms of what this technology does and how, exactly it does it, but what the average golfer needs to know is this: It “changes how the head and face behave at impact to promote more speed across a larger area of the face for increased average distance,” per Callaway’s website.

The Epic isn’t so much trying to differentiate itself from previous lines of the Big Bertha as it is from the XR 16, of which it is 64 percent lighter, a cut-down due to a carbon crown as opposed to titanium.

The end result is higher ball speed and a slightly higher launch, but with less spin – all of which promote more carry and more distance off the tee. Not bad, huh? 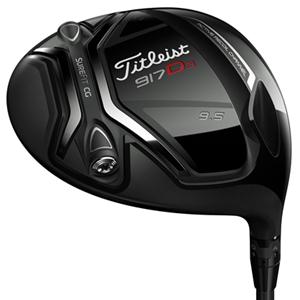 Similar to Callaway, Titleist is touting a lighter club face for increased forgiveness without sacrificing power. But what Titleist seems to have focused on in regards to the D3 is reducing spin off of impact – which results in more distance – and a lower launch angle. With less spin, the ball will be more likely to cut through the air, and a lower launch angle will reduce the amount of drives that seem to balloon off impact.

Where Titleist differentiates itself is in its movable weight. Virtually every manufacturer offers a driver with customizable features, but the D3 has a neutral and a top-heavy setting that golfers can toggle between, depending on their preference, as opposed to the standard “draw, neutral, fade” options offered on most other drivers.

The neutral setting is designed for forgiveness, as the weight will be lower on the club. The top-heavy option is exactly as it sounds, keeping the weight back so the golfer can maximize control of the ball flight. 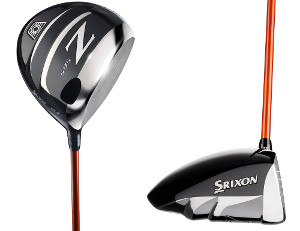 Where Titleist zigged, Srixon zagged. Titleist sought a lower launch angle with its D3, and Srixon, in the Z565, aimed for a higher launch with a draw bias. Now, is the draw bias going to fix that massive slice that keeps calling out of bounds home? No. It’s simply a club with a heel-favored sweet spot, which encourages a nice, right-to-left (for righties) ball flight.

What appears to be the main objective of the Z565, however, is forgiveness. Srixon expanded the face of the club, creating almost a wrap-around effect, which provides better performance on off-center impacts. Four grams of weight, in fact, were removed from the crown and restructured throughout the club, lowering the center of gravity and thereby creating a more forgiving club face.

An appeal for the Srixon, for some, is that it went back to basics when it comes to club aesthetics. It has become vogue for drivers to be decorated with logos or designs, shapes, “speed tracks,” or any other visually pleasing appeal (we’re looking at you, Ping and TaylorMade). Srixon reversed course, going with the standard black top with a chrome face.
No frills. Just hit the ball and watch it fly. 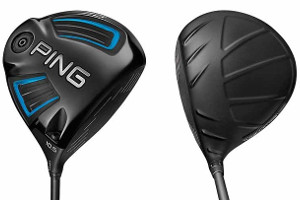 Dragonflies and drivers. They don’t seem to be the most likely of duos, and yet that’s exactly what Ping has done with the G. PING claims that its engineers “analyzed the dragonfly’s intricate wing pattern to design ultra-thin crown sections for extreme CG and maximized MOI.”
To translate: Engineers took a look at how a dragonfly’s wings work and mimicked that movement with its driver to optimize its center of gravity and forgiveness.

As you might expect, a club that was loosely based off of an insect has a unique look to it, with curves and ridges on the crown that make the club more aerodynamic. As has been PING’s modus operandi, however, the latest model is one based on forgiveness, as its massive clubface suggests.

The G is light and large, with an emphasis on reducing spin and the launch angle, which should appeal to golfers of all handicaps. 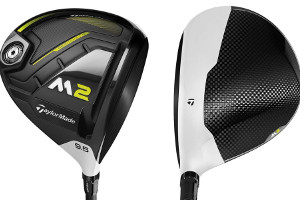 TaylorMade M2
It is no coincidence that the man leading the PGA Tour in driving distance, Dustin Johnson, plays TaylorMade. TaylorMade has long been synonymous with woods, and Johnson’s 316.2 yards per drive – four yards longer than No. 2 Luke List – are a testament to that.

Johnson, however, is bombing away with an M1, though it’s only a matter of time until he makes the upgrade to the M2, which offer a similar look with slightly different features. The M2 boasts what TaylorMade is calling “Geocoustic sole shaping,” in which the club’s “sunken sole shape enables a larger clubface,” and a larger clubface invariably leads to increased forgiveness. But where many drivers might sacrifice distance for forgiveness, the M2 kept power at the forefront.

The M2 has a lighter crown with a sturdy base, making for a low center of gravity and thereby increasing distance. Similar to the Srixon, the M2 also features a draw bias with its heel-based weight, another aspect designed to maximize distance off the tee.