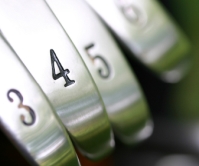 Some terrific advice an experienced player once offered was to simply let the club do the work, and that advice is never truer than for irons. This month’s equipment feature focuses on the clubs that do the most work tee to green. You’ve got more of them than any other kind of club, so, let’s grab the right irons and put them to work. 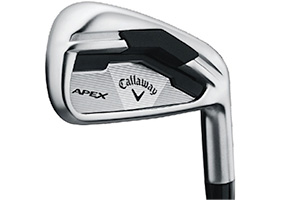 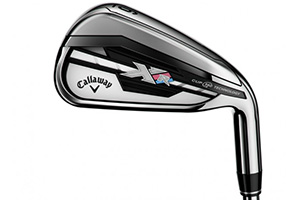 Slower golfers who want to take a step down to even more forgiving irons will do well with Callaway’s XR and XR Pro series which features Cup 360 for improved ball speed across the entire club face. These irons are well designed for the average golfer. 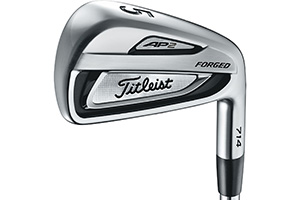 Titleist’s AP2 714 irons are excellent clubs for the creative shot-maker. The multi-material forged irons have height-progression center of gravity with tungsten weighting in the heel and toe to give the club superior balance and stability. The True Temper steel shafts provide excellent feel and top players appreciate the finely-beveled shape which lends well to making a quality shot from a difficult lie. The popular AP1 irons are much more forgiving, whereas the AP2 irons have surrendered a bit of distance to enhance accuracy and control. If you’re a player who enjoys crafting a pinpoint approach, the AP2 will fit your game. 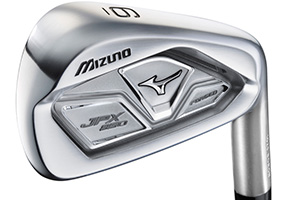 Mizuno JPX850 Forged irons are power clubs. Six years in development, these top-rated clubs regularly place among top clubs rated for distance. With weight pushed to the corners of the club head, players will experience some forgiveness on mishits. The Ultra CNC Milled Pocket on clubs 4 through 7 induce better launch angles, while a thin face provide good ball speed. The new material is 30% stronger than traditional steel irons, making these irons among the strongest forged clubs on the market. Average golfers will enjoy the added distance while these irons can be powerful weapons in the hands of competitive players. 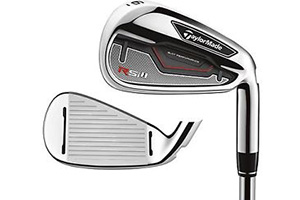 TaylorMade’s new RSi series (RSi 1, RSi 2, and RSi Tour) feature Face Slot Technology on clubs 3 through 8; the pair of slots (heel and toe) on the clubface provide flexibility, consistency and improve club speed when striking the ball off center. Missing the center of the club will no longer cost players significant distance or accuracy. Face Slot is further evolution from Speed Pocket Technology introduced last year. RSi 2 adds tungsten weighting for 3, 4, and 5 irons. Solidly-built with a good feel but surprisingly adaptable to difficult lies, the RSi series irons are built to forgive mishits. 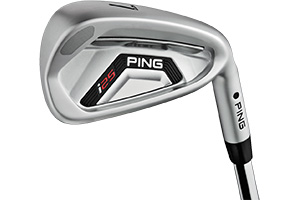 Ping’s newest irons have a season in the books, earning top marks. The i25s are designed for distance and accuracy. The steel clubs have tungsten toe weights which help center the striking area. Meanwhile, an ultra-thin face increases ball speed. It’s a well-balanced club which helps a player’s control. The i25s are especially well-suited to better players who can take advantage of the clubs’ distance, but the average golfer will also appreciate the accuracy and consistency produced by these strong, competition-caliber irons. 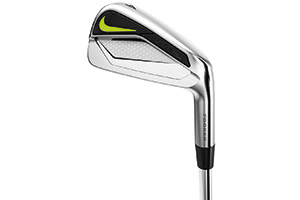 Nike’s Vapor Pro and Speed irons combine style with substance. The Vapor series are designed for superior feel and aimed at difficult shot making ability while the Speed series pushes power and forgiveness. Players can also enjoy all of these features with Vapor Combo clubs. All three irons look sharp and utilize new “Modern Muscle geometry,” a low, deep, face-focused center of gravity which provide strength and high trajectories. The Vapor Pro irons are good for the improving golfer, while the Vapor Speed clubs are best for competitive players. 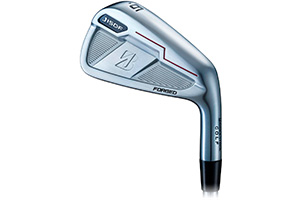 Bridgestone’s J15 series give players excellent feel with improved forgiveness. The J15 DPF (Dual Pocket Forged) irons are aimed at the improving player but may be a better fit for players at the higher end of that spectrum as they reward especially well-struck balls with distance and accuracy but aren’t as helpful when missing the sweet spot. The hollow cavity on the J15 DF (Driving Forged) irons give the experienced player tremendous distance with high trajectories and some of the best accuracy of any competitive irons, making them some of the best irons available for the better player. 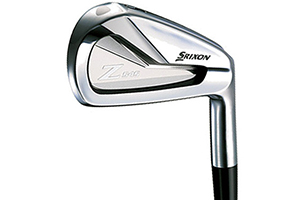 Srixon has released a range of irons for golfers of every stripe. The Z 545 irons give improving golfers a solid performer with a low center of gravity and a strong stroke, but its relative lack of distance makes it a lesser choice for competitive players, who will be better served with the Z 745 or Z 945 models. These higher-end irons provide accurate range and tremendous precision, and are very good choices for creative shot-making. Golfers won’t get a great deal of distance from the Srixons but they’ll be pleased with their placement.