Long considered one of the premier golf courses in Kansas City, Deer Creek Golf Club at 133rd and Metcalf in Overland Park can now be joined for $179.99 a month as part of the GreatLIFE Golf & Fitness group.

Deer Creek and three other Kansas City area courses are in the GreatLIFE Classic Plus tier – Falcon Ridge, Hillcrest and Prairie Highlands. Membership also includes fitness and social privileges, and the ability to play 12 additional courses in Kansas City. 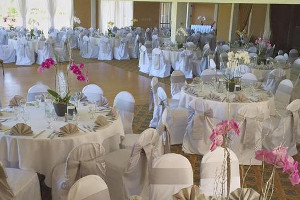 Since it joined GreatLIFE a little more than a year ago, Deer Creek has picked up a steady membership and is shooting for 400 members, after which it could go private. Deer Creek also continues to hold tournaments and other special golf outings, but they will taper off it as goes private. 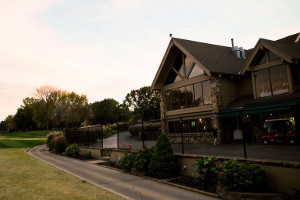 Fink credits course Superintendent Brien Agler and his crew for the shape of the course. “We have some of the best golf course conditions anywhere,” Fink said. “The conditions are consistent, from hole to hole and every day of the week. That is something we are proud of.” Agler came to Deer Creek this year from Indian Hills Country Club in Mission Hills. Miles Tucker is the Assistant General Manager and Club Professional who oversees golf operations.

Deer Creek, designed by famed architect Robert Trent Jones Jr., has ranked as one of the most varied and challenging layouts in Kansas City since it opened in 1989. “It’s one of the better locations in town, no doubt about that.” Fink said. 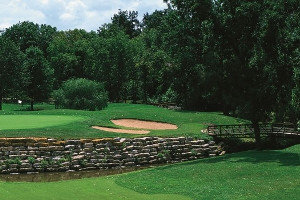 Many of the holes are lined with trees or creeks. Bunkers guard most of the greens. The course undulates but not severely, and the layout is pleasing to the eye, with visible landing areas from tees and fairways. It can play tight in places and allow big hitters to swing away on other holes. That variety is what makes it a top choice among golfers across Kansas City.

And the fun starts right away on the first hole, a sharp dogleg left that plays along the backside of the clubhouse before turning up the hill to an elevated green. Big hitters can cut the corner, although the typical play is straight away from the tee box to set up an approach shot from the corner. The second is pretty wide open, but a long tee shot can reach the pond that lies to the right of the green, setting up another risk-reward decision from the tee box. And so the rest of the round goes, with no single way to play each hole and decisions dictated by the conditions and your confidence. 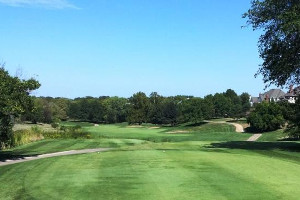 The course is 6,800 yards from the back tees, but other tees make each hole playable for all skill levels. Deer Creek is a well-populated area with mature trees and a lot of homes around the course, although most are well out of play (for most) and positioned out of the typical line of fire.

The greens are usually set at 9.5 to 10 on the stimpmeter, which is relatively fast. “We could go to 12 or 13 but we want to be fair,” Fink said. “Each course has its own standards; our greens are rolling great.”

Off the course, Deer Creek is known for its spacious clubhouse, and scenic views overlooking holes 9, 10, and 18. When it’s not being used by golfers, the clubhouse is busy hosting more than 300 special events, most notably weddings and receptions. 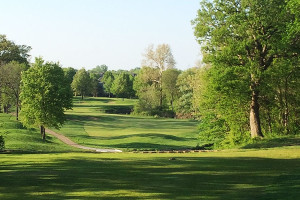 For more information about Deer Creek and the GreatLIFE membership program, or to book a tee time, call 913-681-3100 or visit www.deercreekgc.com.

By the way, the folks at Deer Creek asked us to pass this along: Mention this article and receive your first month for free! 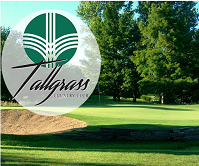 For those who haven’t visited the Tallgrass County Club in Wichita in a while, general manager Aaron Calderon has just one message: Take a fresh look at the club and course.

The Tallgrass CC renovation will add about 3,600 square feet to the clubhouse, most of which will be a fitness center, Calderon says.

“Great Life is all about golf and fitness,” Calderon says.

He says GreatLife KC consists of 18 golf courses now, but it may increase to triple that number or more soon.

The Tallgrass course in Wichita was constructed and opened in the early 1980s. It’s a par-71 course. 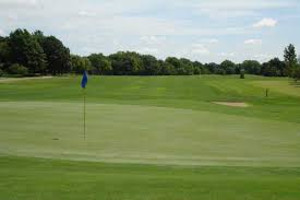 “It was one of the premier courses in the area,” Calderon says. “However, to be honest, in the last five or six years, it hasn’t been kept under the best of shape. In July of last year, GreatLife KC took it over and it became part of Great Life KC.”

Under the new ownership, players can expect an overall improvement in the course conditions going forward. However, the basic layout of the course, which includes many beautiful homes along the course, along with plenty of water and trees, will not change.

“The course goes through the neighborhoods here,” Calderon says. “It’s a very fun course. All of our courses have their own kind of uniqueness to them. We have members who’ve been here 30-plus years, and they don’t get bored playing here. It’s not a traditional country club course that’s up and back.”

Tallgrass CC is a private course, but the country club does hold preview rounds on occasion to give non-members a chance to try the course.

“We’re a country club where people can come and enjoy the people who are here and have fun and play great golf,” Calderon says.

Nearly half of the holes at Tallgrass feature some sort of water hazard, highlighted by the par-3 11th, where you’ll tee over a long water hazard to a horizontally shaped green with little to no landing area in front of it. Hole number 11 measures just 130 yards from the back tees, yet it can be an intimidating hole for those who struggle with consistent length on their iron shots. 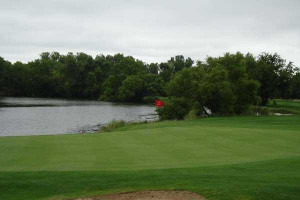 The toughest handicap hole on the front nine is the 420-yard sixth hole, which is a par-4 with a slight dogleg left. It’s followed by another difficult hole, the 202-yard par-3 seventh hole, which has a large water hazard hugging the left side of the green to catch any errant shots from the tee.

On the back nine, the toughest handicap hole is the par-4 16th, which measures 454 yards from the back tees and 406 from the middle tees. This is a long par-4 with a slight dogleg to the left.

The closing hole is a 403-yard par-4 that is one of the larger risk/reward holes on the course. To increase birdie chances, golfers will be cutting the corner and making a second shot over water to a green protected by water on the right side. Or golfers can play it safer and go the longer route by hugging the left side of the fairway, reducing the impact of the water on the second shot.

The long-term plan for GreatLife KC at Tallgrass is to continue improving the course to where it’ll again be a premier course in Kansas that often will host special events and tournaments. A Kansas Golf Association Senior Series event was played at Tallgrass this year. The course is hoping to host more events in the near future, including USGA events and collegiate golf events.

Hosting the senior golf event “was exciting, and that’s the direction we’re kind of moving in,” Calderon says. “We’re trying to get the clubhouse and the course up to the place where we can hold tournaments, hold conferences, et cetera.”

Tallgrass CC offers a driving range and a fully stocked pro shop. The course hosts about 25,000 rounds of golf per year, Calderon says.

“We don’t try and bunch the course up,” he says. “We want to have a nice pace and a comfortable round.” 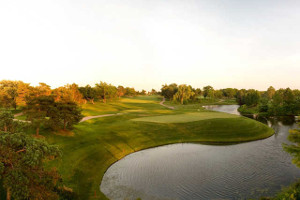 The basic golf membership starts at $225 monthly with no cart and $325 with a cart for singles and $295 and $395 for families. The special golf memberships mentioned earlier are discounted from there.

Those living at least 55 miles from Tallgrass qualify for non-resident memberships at the country club.

You can add a monthly cart rate to any golf membership you choose. Additionally, Jones says Tallgrass runs other membership specials throughout the year, such as half price guest days.

“We also are the only private course on the east side of Wichita that allows the public to have access to the driving range,” Jones says. “We also offer memberships for the driving range” for both families and individuals.

The changes at Tallgrass are well worth checking out in person, Calderon says.

“We want to get people to come out and look at us again,” he says. “We want to show them it can be affordable. It’s a great place for families.”

Tallgrass has an on-site restaurant, and it hosts weddings and business conferences in its banquet rooms. It can accommodate up to 250 people for an event. People don’t have to be members to rent the facilities, Calderon says.