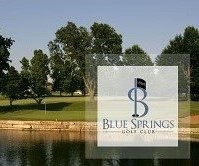 GreatLifeKC has added Blue Springs Country Club to its roster of area golf courses, with the anticipation of restoring the club while also bringing their philosophy of combining golf and fitness to the Blue Springs area.
While the quality course itself is unchanged, the GreatLife acquisition has re-invigorated management of the club, which is now under the direction of former Kansas City Chiefs and Philadelphia Eagles defensive back Larry Marshall.
Marshall, who relocated to the Kansas City area after his NFL playing days, describes himself first as a businessman, but also as someone who enjoys the game.
“I’m an avid golfer,” he said. “I love to play.”
Marshall’s business acumen will be put to the test as the club has recently fallen onto hard times.
“I honestly don’t know anything about behind the scenes (at a country club),” he said. “But, I’ve owned my own business. It’s just like running any other business. I’m sure that’s why (GreatLife) put me here.” 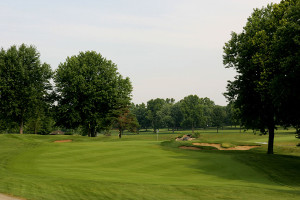 Built in 1969 by Colonel John Davis, the 6,590-yard course was one of the best courses to play in eastern Jackson County. As new courses came into the area and the golf business hit a snag, the club changed ownership several times.
“The last couple of owners, the last three to four years, they really let it go,” he said. “But GreatLife’s thing is, we want to move on from day one.”
This makes for some busy days for Marshall, who took over management of the course April 1.
Among the plans for GreatLife will be adding a fitness club.
“We have a separate, free-standing building,” Marshall explained of the building which current serves as the pro shop. “Eventually, what they will do is put the fitness center over there and the pro shop will be moved into the middle of the dining room. The fitness center be open 24-by-7. Everybody will have a key and you can come in there any time and work out.”
As part of the GreatLife experience, access to the fitness center will be included with memberships at Blue Springs CC.
In Marshall’s previous life as a professional athlete, he had a lot of experience with workout facilities, but he was pleasantly surprised by the variety and quality of equipment anticipated for the fitness center.
“We saw new treadmills that are motorless,” he said. “It works just like a regular treadmill, it goes as fast as you want, as slow as you want, and there’s no maintenance. I was kind of dumbfounded. (GreatLife) are into the fitness side of it.” 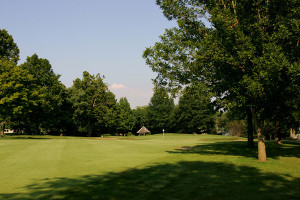 While a firm date has not yet been set for opening the fitness center, Marshall expects it to happen soon.
In the meantime, he is also working to renovate the 19th Hole, a popular place for food and beverages.
“It’s something that I found out everybody likes about this club,” he said. “You can drive your cart right up to the door and get yourself sandwiches, beer, juice, anything you want, and it doesn’t eat up a lot of time.”
It has already received a new paint job and updates to its equipment. Marshall is in the process of getting health department approval and expects it to re-open this spring, and he is also working to upgrade the façade of the building.
“That’s the little things to get the course back to being ready,” he said. “Structurally, first impressions go a long way. We’ve had contractors out; all that will be addressed shortly. People will look at the club and go ‘wow’. And not only the golfers, but the whole neighborhood will see what improvements we’ve made to the club.” 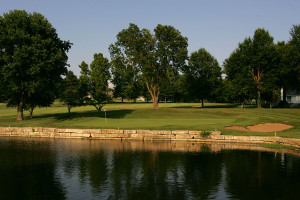 GreatLife is also investing in a new fleet of golf carts.
Marshall doesn’t expect to see any changes to the course layout and praises the overall condition of the course.
“Of all the things I’ve heard (since) I’ve been here, everybody loves the condition of the course,” he said. The superintendent is doing a great job there. Every day I hear people say the course looks great. We’ve had great feedback. The greens themselves came back extremely quick; everybody likes how they roll, and I’m talking about the members who play here all the time. They’re the guys I’ve got to impress.”
Marshall wants to continue to impress the existing members by maintaining the course at a high level and bringing back some of the club’s original beauty, but he also has the task of growing membership and he welcomes the challenge to improve the club while attracting new faces.
“The thing is they have to see some improvements,” he said. “Like I tell my members, it’s like any other business. Memberships bring in business revenue, revenue brings in improvements to the club. We can build on that. I tell them ‘this is your club, not anybody who works here’.” 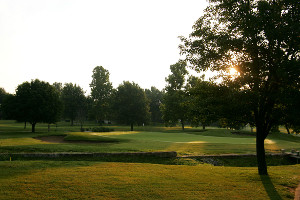 The club had 81 members when GreatLife took over and has increased to 130; Marshall hopes to increase that number further.
“I have a goal of 200 by the end of the year,” he said. “That’s what I would like to do. We have our everyday members that come out and play all the time, but we need new blood. With the club being 50 years old, we need to get to those millennials, those 25-to-40 year olds that love to play golf.”
Marshall and GreatLife believe they can attract those new members by combining fitness with quality golf at an affordable price.
“At a relatively inexpensive price, they can come out and play this course as much as they want,” Marshall said. “And they have the opportunity to go to Hillcrest, Drumm Farm, Prairie Highlands, all these other quality courses, for a very inexpensive price.”
As part of a GreatLife, members have access to 15 Kansas City area courses, plus Tallgrass in Wichita and Osage National in the Ozarks. 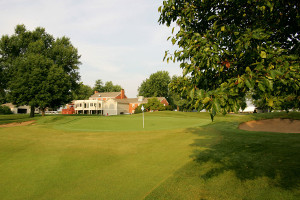 Along with Drumm Farm and Liberty Hills, Blue Springs is a GreatLife Classic membership, with individual rates starting at $59.99 per month. They also offer memberships for couples and families, each of which provide full access to the fitness center as well as membership privileges at the three Classic courses and all five GreatLife Champion courses.

Blue Springs has men’s, women’s and senior leagues and a full slate of tournaments scheduled for this summer. There is also a strong social environment, including about 20 members who have been around since the club was first founded.
“Great Life’s doing a great job getting the club ready,” Marshall said. “It’s not going to be today or this week or this month, but give us a year or two, and we should be off and running. That’s my goal.”
For more information about Blue Springs Country Club, visit bluespringscc.com
For more information about GreatLifeKC, visit greatlifekc.net