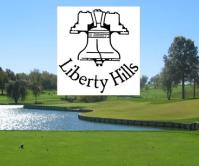 When GreatLife Golf & Fitness acquired Liberty Hills Country Club in April 2013, their goals included maintaining the unique charm provided by the rural setting of Liberty Hills while bringing some modern amenities to the facility.

Reaching these goals has been particularly difficult considering a fire destroyed the clubhouse in January, 2012. Nevertheless, progress continues towards GreatLife’s goals, and their direction has taken a strong approach to maintaining the facility. 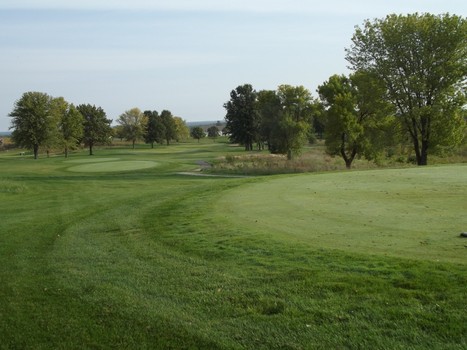 “Before it had been taken over by GreatLife, no one was here managing the course, promoting it, running it,” said General Manager Jessica Bell. “There have been some physical changes. We’ve cut down the grass around the tee boxes and cleared the golf course in the natural areas. We’ll continue to do that throughout the season. We had a lot of overgrowth. We came in with a brush hog and cut down brushy areas that were overgrown. There were some obstructed views of the course that have been cleared. We’ve pursued things aggressively.”

GreatLife has also tackled a number of improvements around and off the course as well – bringing back, adding, or renovating several amenities.

“We remodeled a second trailer, next to the clubhouse, making a snack bar,” Bell added. “It’s full service; that’s something we haven’t had in a long time. We’ve made vast improvements in the building we’re in now. It’s been updated, we’ve added merchandise and changed the seating. We renovated the pool, painting and repairing, patching. We’ve purchased new carts. The tee signs and yardage markers are all updated and refreshed. That was all ready by Memorial Day weekend.” 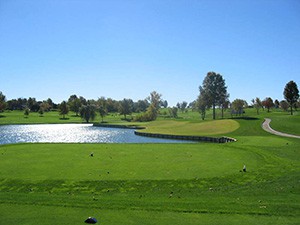 There has been a positive response to GreatLife’s extensive efforts.

“We’ve gotten tons of good feedback,” she said. “Everyone is happy to see us making an effort and improving. We’re trying to give them a better experience. We’re always asking how their experience was.”

Part of improving the Liberty Hills experience has been growing staff.

“We’re upping our staffing,” she said. “When golfers come, they expect to see people. We’ve added the beverage cart service again, for example.”

Bell draws inspiration for growing Liberty Hills from her nine years of experience at The National.

“It was motivation to make the situation here better,” she said. “I cared very deeply for their (The National’s) members and that’s what I want to do here. A lot of these members are very loyal. They want to see (Liberty Hills) survive and thrive. They’ve been thrilled to see the things we’re able to do.” 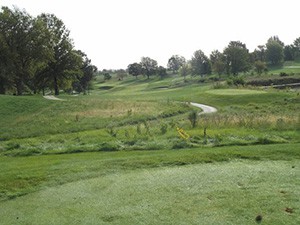 Bell realizes that progress sometimes takes time. “We take the constructive criticism, too,” she said. “We’ve trained the staff and they’ve all made an effort to be available. We do see and hear the things (the patrons) say, and sometimes we remind them that it’s a process.”

That feedback has helped Bell direct GreatLife’s efforts where it is most needed. “Members have made it very clear to us and it’s agreed upon that they would rather have a nice golf course,” she said. “That’s been our focus and will continue to be. We’re focusing on maintaining each hole. Prior to us, there hasn’t been given a lot of money in the past to keep it as maintained as it needed to be, but we’re focusing on that.”

Being a part of the GreatLife network also means standards that Liberty Hills is trying to achieve. “We’re trying to increase the green speed,” Bell said. “We know that a lot of our players also play at Staley Farms (a GreatLife “Elite” course). The last several years, the green speed at Liberty Hills has been between 7.5 and 9. Staley is 12. People are wanting greens to be faster and our goal is to be 10 or higher. Right now it’s between 8.5 and 9. We just want to meet expectations and we certainly understand expectations are pretty high. They pay a lot more money (at Staley), but being under the same umbrella we want to meet expectations. If they have a tournament at Staley and players come here, we don’t want that experience to be totally out of the ballpark.” 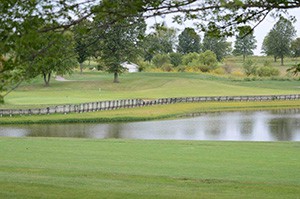 Some of the improvements brought by GreatLife are ongoing, such as the Zoysia grass which was installed on the back nine last year to match the front nine, although it will take time for that change to be fully realized.

“It’s going to take a couple of years for the Zoysia to push all that bluegrass out,” she said. “It’ll be a lot nicer, but we’ve already seen improvement from the Zoysia. It’s a hardy, strong grass for this environment. It was a good move.”

Players who are already familiar with Liberty Hills will be happy with the improved maintenance and staffing upgrades. “Someone who’s been here before, they will see the changes, the food and beverage program, the new merchandise,” she said.

Players unfamiliar with Liberty Hills will enjoy the walkable course in a rural setting. The course is compact, with fun holes that place a premium on placement and, at times, the imagination of the player. “It’s an interesting golf course – it’s exciting,” she said, adding, “It’s an easily playable, walkable course which is a challenge for golfers of all experience and age. There are so many quirks. When they re-did the front nine they put in so many pot bunkers. It requires the use of many different clubs. It’s not just your driver/iron/putter course.”

Learn more about Liberty Hills by calling 816-781-3636 or by visiting their website: